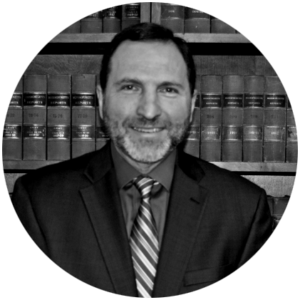 Mr. Swartz is currently Managing Attorney and Principal Shareholder at Swartz & Swartz, P.C., having joined the firm in 1993. He maintains a nationwide litigation and trial practice, pursuing claims on behalf of severely injured plaintiffs and their families resulting in numerous million dollar and multi-million dollar results.

Mr. Swartz is “AV” Peer-Review rated (highest rating) by Martindale-Hubbell, a certification reflecting that his peers rank him at the highest level of professional excellence. He has been named a “Super Lawyer” by Boston Magazine every year since 2004. He has been a member of the American Trial Lawyers Association since 2008, meeting the standards of excellence for selection to the “top 100 trial lawyers” in Massachusetts.

Mr. Swartz has made presentations at educational programs for attorneys, and has spoken to consumer groups and school communities regarding consumer safety issues and product liability law. He has authored and co-authored numerous articles and book chapters relating to child, medical and product safety, and has testified before the legislature regarding consumer education and safety.

Mr. Swartz has authored and co-authored numerous articles and book chapters relating to child, medical and product safety, including:

Mr. Swartz was appointed as a member of the Editorial Advisory Board for Trial Preparation Tools (James Publishing 2009)

“Holding The Electronic Game Industry Accountable For The Deleterious Effects Violent Video Games Can Have On Our Children”, Products Liability Advisory (May, 2001)

MEET THE OTHER ATTORNEYS

At Swartz & Swartz, P.C., we are very proud of our high-caliber legal talent, and we assure you that your case will get personal attention.