“In sum, the trial court erred in dismissing the medical malpractice claim against the defendants on the basis of judicial estoppel,” Supreme Court Judge Anna Hantz Marconi wrote in the opinion.”

“That claim belongs to the bankruptcy estate. The representative of that estate, the bankruptcy trustee, is vested with the authority to pursue that claim and is the real party in interest.”

The opinion said the superior court ordered dismissal of the case based on the hospitals and doctors’ argument that patient and plaintiff Nicole Alward failed to list the potential medical malpractice claim in Chapter 7 bankruptcy documents. 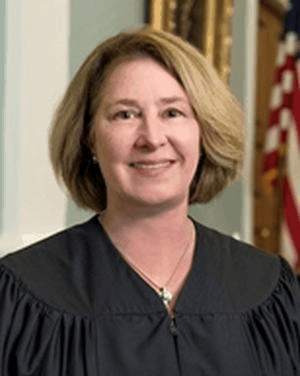 “As a result, the plaintiff believed that her potential claim had no value,” the opinion said.

As a result, the Chapter 7 trustee told the court that Alward did not have any qualifying property that could be distributed to her creditors and her bankruptcy case was discharged in December 2015.

However, the firm of Swartz & Swartz PC did agree to represent Alward in her medical malpractice case in February 2016 and the lawsuit against the hospitals and doctors was filed on June 27, 2016.

According to the Supreme Court opinion, the defendants argued that the malpractice case should be dismissed because the claims were not reported to the bankruptcy court. Alward’s Chapter 7 case was later reopened to add the claim as a potential asset.

“The plaintiff then filed an objection to the defendants’ motion to dismiss, asserting that her failure to list the malpractice claim on her bankruptcy schedule was the product of inadvertence or mistake,” the opinion said.
Alward also pointed out that the bankruptcy court had agreed to reopen her case and appoint a trustee to administer the asset.

The Supreme Court said the lower court still granted the defendants’ dismissal motion because it felt “that the plaintiff’s failure to disclose her malpractice claim to the bankruptcy court was not due to inadvertence or mistake.”

About the Author: Swartz & Swartz

Swartz & Swartz, P.C., located in the heart of downtown Boston on the historic Freedom Trail, is one of this nation's most respected trial law firms. Our team of pre-eminent Boston lawyers and advocates represents victims in a broad range of civil litigation matters, serving as chief trial counsel in scores of million-dollar, record-setting landmark cases.

GET THE HELP YOU NEED!